Last week in West Country Voices, I wrote about a Brixham-based, family-owned company which has – somehow – managed to continue exporting live mussels to the Netherlands, despite the many and varied obstacles placed in its way as a direct consequence of Brexit.

I have no connection with this enterprise other than as a writer. After the article was published, I received an email from Nicki Holmyard, Communications Manager of Offshore Shellfish Ltd.  Her message was brief and heartfelt:

“Our 20-tonne load was rejected yesterday and returned to the UK because of a very minor error by the new vet on the paperwork. This has cost us a lot of money”.

On my enquiring further, she went on:

“The load was returned to the UK, we couriered a new certificate to the driver last night, and I am waiting at the factory in the Netherlands right now for the lorry to arrive. It was additionally held up today in France by a full inspection, where every bag is offloaded from the lorry and put back on. This process results in many mussels being squashed and damaged and is another Brexit-related issue. Hopefully most of them will have survived their two-day journey and we can recondition them in the tanks here, but that remains to be seen”.

On 22 January I received a further update from Nicki: bad news.

“When the mussels arrived at the factory, 30 hours late, our worst fears were realised and many were dead or dying”.

The cause of the paperwork error? The vet apparently did not number the 14 pages on the form in the exact format which officials on t’other side of the Channel wanted. Picky maybe, some would say overly-pedantic; but that’s what Brexit now means, along with frustrating and costly queues for customs checks on trucks booked onto the ferries. We’d better get used to it. 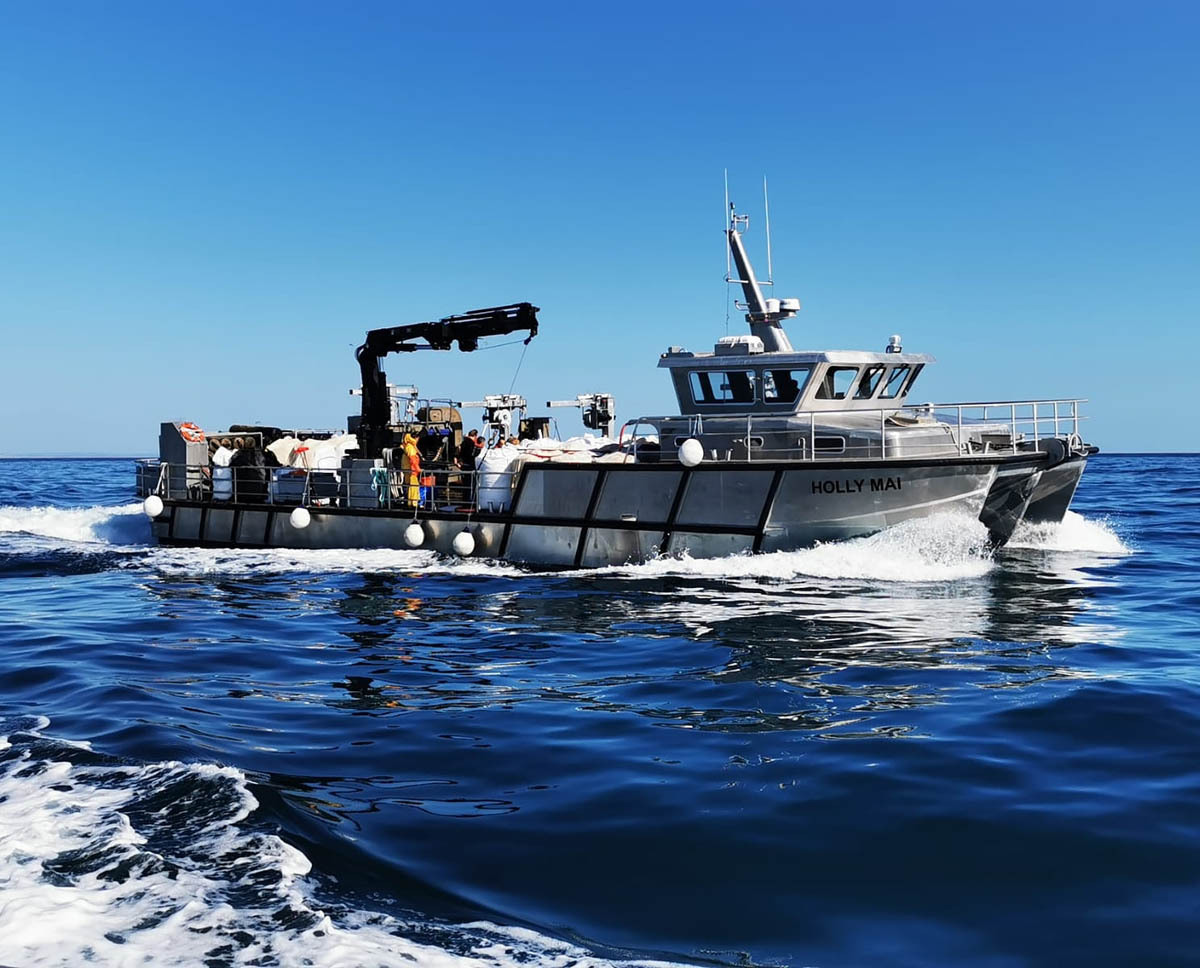 “It’s business, Boris…but not as we knew it”