Is Brixham in danger of being conned yet again?

So many towns and villages across our region desperately need more funding to support the poor, the elderly and the young. Levelling Up funds strike many of us as a bit of pump-priming disguised as an ideological commitment to close the growing, yawning gap between the haves and the have-nots (the consequence of twelve years of austerity and the impact of Johnson’s brutal Brexit). It also looks suspiciously like the funds are being used to reward loyal supporters of and donors to the Conservatives; we’ve already seen the £3.7bn of Towns Fund money directed almost entirely at towns represented by Tory MPs, seemingly regardless of their need relative to far more deprived areas.

As Ed of BetterDevon told us:

“The bid being proposed to the Levelling Up Fund (LUF) to extend Brixham’s Fish Quay overlooks key sectors in our community that desperately need funding, seemingly without any consultation. It will also expand industrial Bottom and Beam fishing – at a time when the Government is signalling its intent to act to restore our depleted marine ecosystems.

Bottom and Beam Trawling is like driving a bulldozer through a national park. Our area needs a strategy – a carefully thought through plan for improvement that prioritises need and looks to the future with clarity and transparency.

Instead, we have this secretive bid proposal riddled with issues and muddled thinking. It could be hugely damaging – to the community and to the environment.

You may well find that your own business, organisation or personal experience raises additional concerns about the bid and the way it removes funding and opportunity from other areas that desperately need them for ‘Levelling Up’.

So why is Brixham’s justifiable claim on a share of this pot of money going to a damaging extractive industrial process instead of into the infrastructure and services in the local community? On what basis? Where’s the supporting documentation? The impact analysis? The environmental assessment? The public consultation?

The fishing industry were lied to about Brexit, so yes, they probably do need help and grants, especially as Johnson’s disastrous and not remotely oven-ready Brexit ‘deal’ meant Brixham losing out on EU money to fund a floating dry dock. But not from Levelling Up money, surely? And not into an unsustainable and damaging industrial fishing process which is, increasingly, the subject of bans across the world and which will, ultimately, shorten Brixham’s life as a viable fishing port once the seabed is stripped bare?

And what happens to income and employment opportunities from tourism in this picturesque town when the already busy approach roads and the narrow streets are blocked by increased freight traffic?

Brixham is in danger of being conned again…first time round with the ludicrous promises made about Brexit and its (non-existent) benefits and now with the prospect of headlines that will scream £20 million for Brixham but will in fact be £20 million for already successful big businesses. Nothing for those who really, really need it!

The allocation of Levelling Up money must be transparent, with a good deal more cost/benefit analysis conducted in a forward-thinking, holistic way which factors in climate emergency, food security and ever-increasing inequality.

“Transparency is essential when it comes to public funds- this bid threatens to remove up to £20,000,000 of funding that could go to other crisis hit areas of the local economy. We do not believe we should subsidise the destruction of our heritage, small businesses, public services and environment through the use public funds. “

As Johnson and his ministers frequently remind us, the pot of money is not bottomless, just as the magic money tree does not exist – unless needed to bung money to cronies or fund expensive focus groups to try to find out why richest-ever MP Rishi Sunak is unpopular.

Trust in politics and politicians is already at an all time low as a consequence of Johnson’s corrupt, mendacious and law-breaking approach to government. This decline in integrity and ethics does not need to be replicated everywhere. It cannot be allowed to become the new normal.

Are Brixham residents really ok with the money going to private businesses owned by a few (and, in certain cases, where donations have been made to Anthony Mangnall, the local MP) rather than to something that would benefit the many? Public money for the public good, don’t you agree?

For more information and action you can take, please read this article or contact ed@betterdevon.uk: 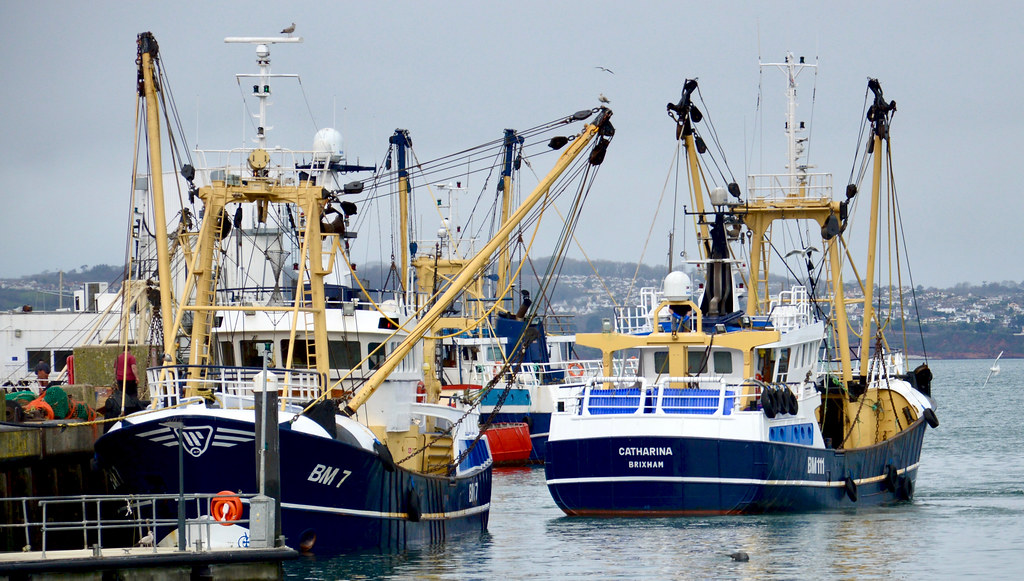 Brixham Quay extension – is there a fishy whiff?