As news comes out that Johnson boasted to MPs that far from regretting the partygate scandal/crime, he “would do it again”, it is not hard to see why this excerpt from The Wind in the Willows has been doing the rounds on social media.

It’s all part of Johnson’s modus operandi: apologise ostentatiously and fulsomely when caught out, renege behind closed doors…and then repeat the offence and worse.

Remorse, contrition, penitence – these are alien concepts to a narcissist like Johnson. In his world, he is king and his ambition, his agenda and his desires are all that matter and the truth is whatever leaps out of his mouth at any time and just as swiftly forgotten. Small wonder then, that he is supremely confident that there is nothing about which to feel guilty or contrite..

In children this bumptious confidence, blithe disregard for others and utter self-absorbtion can be mildly amusing…for a while. In an adult, and especially an adult wielding power, these are ugly and dangerous traits. Couple them with a vengeful nature and it all gets very nasty indeed.

Rory Stewart has got him bang to rights and I urge you to listen to the entire interview:

This monster has to be excised from our politics, along with his sycophants and enablers and those who have, basically, accepted bribes in exchange for their support. He will not resign. He will have to be removed.

The 148 rebel MPs who have developed spines need to hold fast and stay strong, no matter what threats and menaces Johnson sends them via the whips. They can start by crushing his attempts to use the unilateral (and illegal) re-writing of the Irish Protocol to demonstrate that he is a ‘strong man’ in the Putin mould. The Irish are warning against using the Irish Protocol as a weapon to shore up his support but a man without a moral compass, governed only by the lust for power cares little for the political, legal and human fallout from his impulses and actions.

Reality and, one hopes, justice will catch up with Johnson one day. Let’s hope it is soon, for all our sakes. 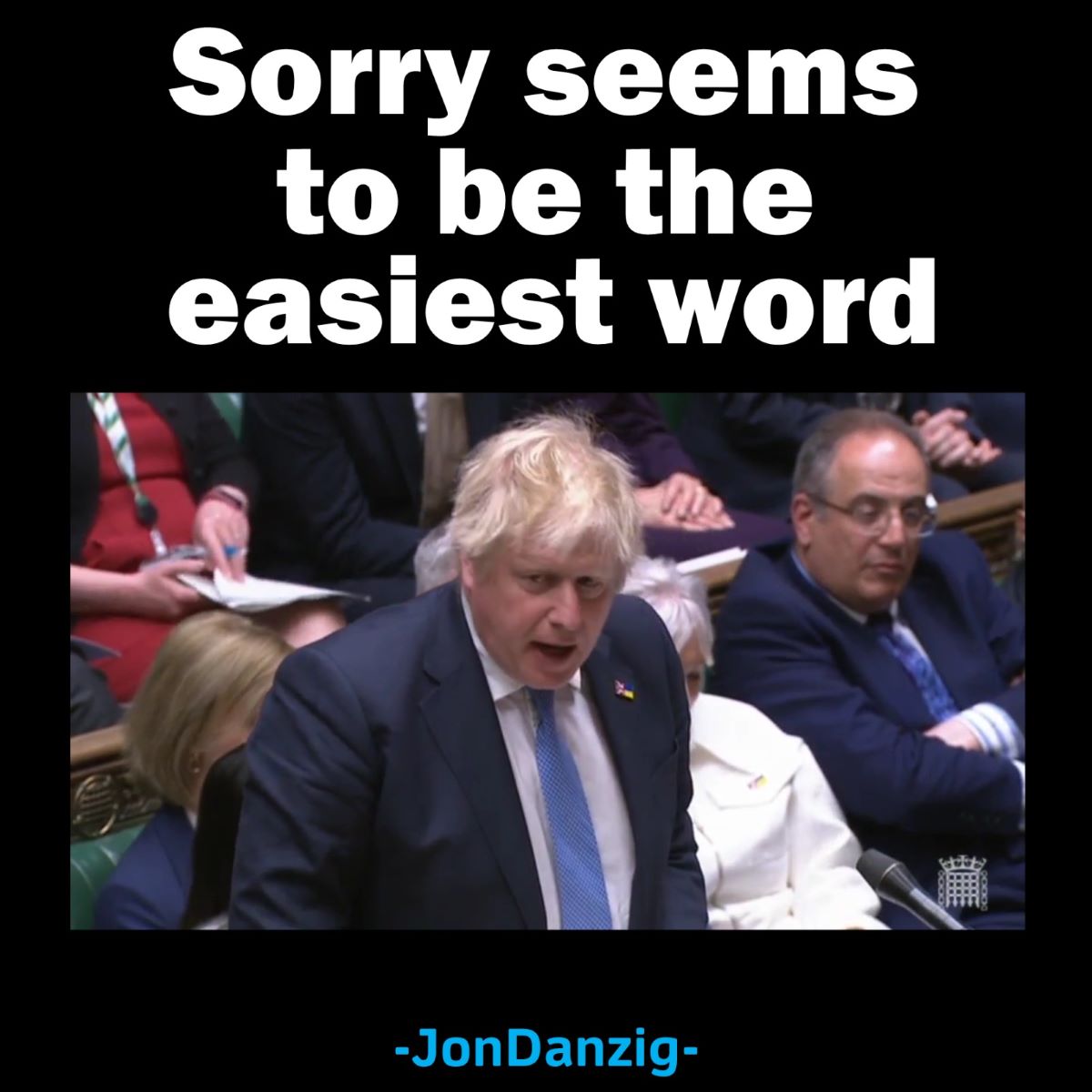