40 per cent hike in salary for lockdown-breaker and UK-destroyer Dominic ‘I-need-an-eye-test Cummings. 13 per cent for Sunak’s HMRC civil servants (may be deserved…not the issue here); £37 billion set aside for Dido Harding’s Test and Trace…which cannot find one traveller who got off a plane from Brazil (and which is, anyway, downscaling its operations right across the country); £340,000 to pay off a victim of Patel’s man-management horror show; hundreds of millions ‘spaffed’ (with mates) on out-of-date, unusable or just plain non-existent PPE; hundreds of thousands wasted with lawyers to defend indefensible law-breaking; and £200k to pimp Johnson and Symonds’ Downing street pad. Not to mention the absolute bonfire of money that is Brexit.

But ONE PER CENT payrise for NHS workers (who had effectively been promised a princely TWO per cent last year)? A kick in the teeth for them and one in the eye for all of us.

“But it’s all we can afford…!” they bleat.
Here’s Andy Verity, the BBC economics’ correspondent, tweeting in a private capacity:

Looking at the NHS budget, it would cost roughly £500m to give every member of NHS staff a pay rise of 1% (that includes all hospital nurses and doctors but not GPS and their staff). Which sounds to ordinary ears like a lot of money.

But it’s worth doing a bit of arithmetic. Put it in the context of the amount the government is spending this year and next fighting the pandemic and supporting the economy – £407 billion – and it’s not so large. About one eight-hundredth of the amount being spent. Or 0.125% of it.

A poll by instant pollsters Find Out Now suggests the public supports a 7% pay rise for NHS staff. Cost: £3.5bn. Still less than 1% of the amount the government is spending fighting Covid.

Remember that bus with £350 million a week for the NHS emblazoned down its side? £3.50 a week extra for a qualified nurse doesn’t sound much like delivering on that (lie) promise

One last thing. Have you noticed that Johnson et al keep referring to the (failing) NHS Test and Trace, but Government vaccine programme. Neither is true. It’s Serco and others who are responsible for Test and Trace and the NHS who are handling the remarkable vaccine rollout. I wonder why this bunch of shysters are getting that wrong?

But wait! Look over here! Look at nasty Meghan! 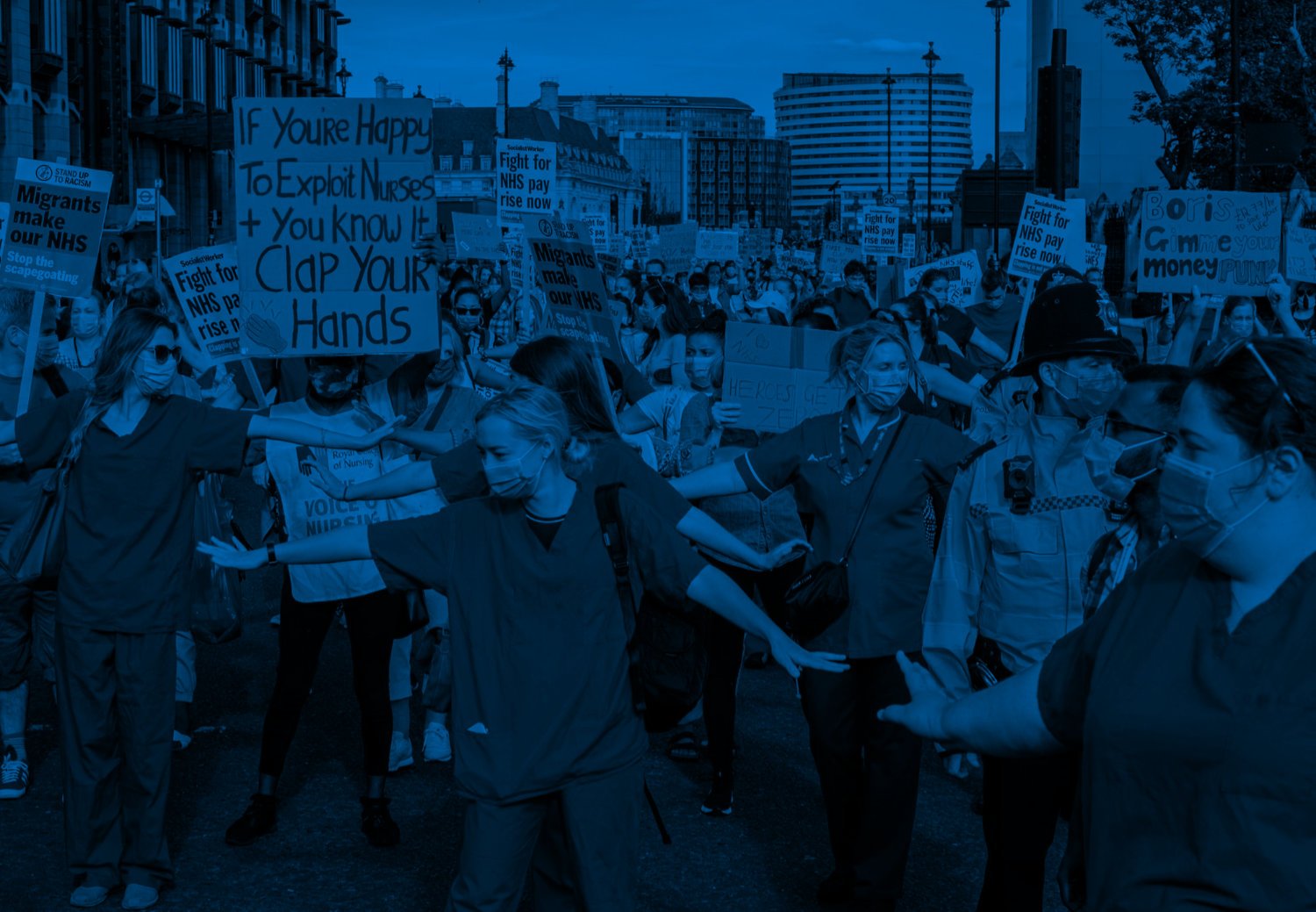 WCB online event: the python and the hamster – the future of healthcare in the UK