Orwell and Johnson: letter to the editor

Further to your article “Lying and Liars are killing our democracy“, here are two pertinent quotes:

“The inflated style itself is a kind of euphemism. A mass of Latin words falls upon the facts like soft snow, blurring the outline and covering up all the details. The great enemy of clear language is insincerity. When there is a gap between one’s real and one’s declared aims, one turns as it were instinctively to long words and exhausted idioms, like a cuttlefish spurting out ink. In our age there is no such thing as “keeping out of politics.” All issues are political issues, and politics itself is a mass of lies, evasions, folly, hatred, and schizophrenia. When the general atmosphere is bad, language must suffer.”

Max Hastings on Johnson being unfit for office:

“Boris is a gold medal egomaniac… His chaotic public persona is not an act – he is, indeed, manically disorganised about everything except his own image management. He is also a far more ruthless, and frankly nastier, figure than the public appreciates… I would not take Boris’s word about whether it is Monday or Tuesday… He is not a man to believe in, to trust or respect, save as a superlative exhibitionist. He is bereft of judgment, loyalty and discretion. Only in the star-crazed, frivolous Britain of the 21st century could such a man have risen so high, and he is utterly unfit to go higher still.”

Lying and liars are killing our democracy: help to make it stop 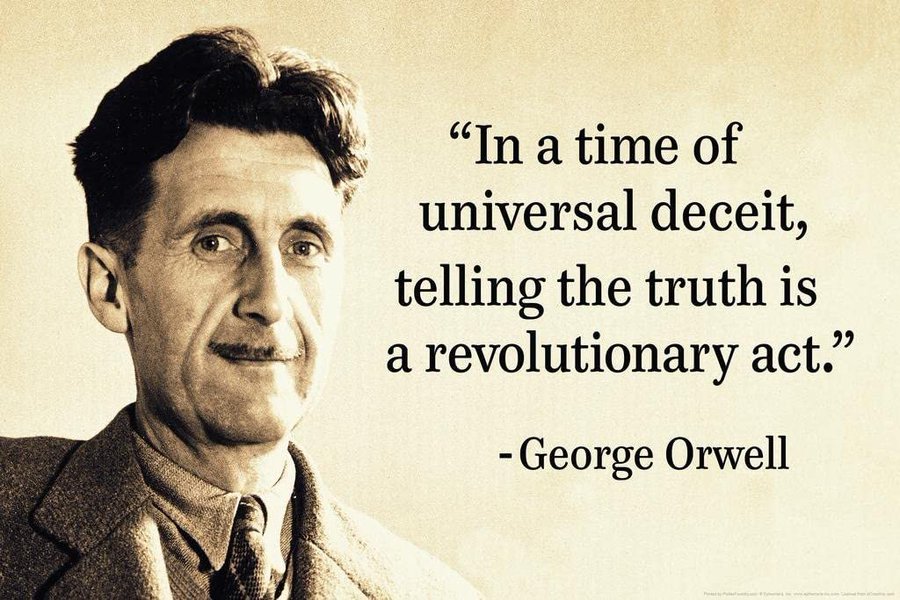 Since reading this demonstrates that you are already engaged in politics, why not go a step further and write an article for us or write a letter? Please send your submission in a Word document to editor_@westcountryvoices.co.uk.