Already unpopular due to Brexit chaos, colossally corrupt covid contracts, ‘Partygate’, the raw sewage scandal and the cost-of-living crisis, our government is taking flak from all sides for its Kafkaesque response to the Ukrainian refugee crisis. Criticism is coming from the public, from a usually compliant press and even from some of its own back-bench MPs. Michael Gove tried to rescue the government’s reputation in light of its deeply inadequate policy by a performative display of ‘righteous’ anger, tub-thumping the dispatch box and throwing the blame for the Tory ‘hostile environment’ on to Labour. In other words, telling a pack of lies and indulging in one of the government’s favourite pastimes: misleading parliament.

How on earth could Michael Gove conceivably blame Labour for the government’s infamous ‘Hostile Environment’ policy, introduced by Theresa May in 2012? His tenuous (or – less politely – false) claim is derived from a white paper published by Border Force in February 2010, Protecting our Border, Protecting the Public , in which the phrase “hostile environment” was mentioned in passing at the bottom of page 10:

“We are committed to doing more to reduce the harm caused by immigration and cross-border crime and make the UK a hostile environment for those that seek to break our laws or abuse our hospitality.”

It’s not the best-worded sentence. You could be forgiven for thinking they mean they are against all immigration rather than “immigration crime”. Elsewhere in the report, the phrase “cross-border and immigration crime” is used, which informs the intended meaning of this paragraph. In other words, Labour’s so-called ‘hostile [small ‘h’] environment [small ‘e’]’ was aimed solely at illegal immigration. While it is possible to argue that any punishment should fall on traffickers rather than migrants, it is difficult to contend against deterring ‘illegal’ activity. Besides, at that time, there were still safe, legal routes for immigration to the UK.

Prior to the 2010 white paper, the phrase had been used by the Home Office for years to refer to dangerous places abroad, such as journalists working in war zones. Post-‘9/11’ it also came to be used in connection with the disruption of funding and support for terrorism and organised crime, as manifested, for example, in new ‘know your client’ requirements for banks and other financial institutions. The Tory Party’s ‘genius’ was to take a term used in the context of warfare, terrorism and organised crime, and to apply it to immigration. According to immigration law experts Melanie Griffiths and Colin Yeo, this “fed the de-legitimisation, criminalisation and securitisation of mobility, as well as fundamentally altering the UK’s border practices.”

The “Hostile [capital ‘H’] Environment [capital ‘E’]” introduced by Theresa May in 2012 was much broader in scope and ambition in that it not only targeted any form of migration, legal or otherwise, but also co-opted every single government department into anti-immigration efforts. She instituted the ‘Hostile Environment Working Group’ to assess the rules on migrants’ access to work and services. It included the Ministers of State for Immigration, Government Policy, Foreign and Commonwealth Affairs, Justice, Employment, Housing and Local Government, Schools, Care Services, Universities and Science, as well as the Parliamentary Under-Secretary of States for Health and for Transport, and the Exchequer Secretary to the Treasury.

As a result of May’s policy, Griffiths and Yeo note that “a sweeping range of public servants, agencies, companies, private organisations and members of the public are now obliged to check people’s immigration status and enforce immigration-related restrictions.” To give an example of what this meant in practical terms, descendants of ‘Windrush’ migrants, many of whom had been born in this country or brought here as a child and had no links to any other country, were deported first and allowed to appeal only once they were outside the UK. Reasons for falling foul of May’s utterly inhuman ‘deport first, hear appeals later’ policy could be as minor as having had contact with the police, not a conviction per se.

May’s personal antipathy to immigration was the foundation of her ‘red lines’ which limited the kind of Brexit the UK would ultimately experience to a very narrow range between ‘harsh’ and ‘catastrophic’. The great lie of Brexit was that ending freedom of movement would end illegal immigration. It has not. Illegal immigration is higher than ever, leading to the unedifying spectacle of Putin-apologist Nigel Farage patrolling Dover beaches with a pair of binoculars, trying to spot dinghies laden with desperate refugees to persecute. All Brexit has achieved in immigration terms is to eliminate British citizens’ freedom to live, study, work, set up a business and retire in 31 countries, while the citizens of those 31 countries have only lost those rights in one country: ours.

It probably came as no surprise to most observers when this government broke its promise to thousands of Afghans to whom it had promised sanctuary in the UK, and then promptly abandoned them to the Taliban. To compensate for this betrayal, to great fanfare the government announced a resettlement scheme for up to 5,000 Afghan refugees in year one and 20,000 by year five, but its follow-through has been less than lacklustre. It took five months to get the scheme up and running, and the government tried to water it down by including Brits evacuated from Afghanistan in the numbers. Putative beneficiaries of the scheme cite bureaucratic hurdles, unresponsiveness of UK officials and lack of safe routes to the UK.

In his final parliamentary speech on 6 January 2022 – the day before he died – veteran MP Jack Dromey urged the government to stick to its commitments:

“…the bravery of our service personnel and government officials who stayed on the ground in Kabul, at great personal risk during Operation Pitting, represented the very best of Britain. The government must match their clear moral sense of purpose, do the right thing by the Afghan people, and without delay ensure a resettlement scheme of integrity – not watered down, not further delayed – that will genuinely help those left behind.”

The Windrush scandal broke in 2018 and the Afghan debacle occurred in 2021, and now here we are in 2022 with another disaster of the Tories’ making, through their mean management of immigration. This time it’s Ukrainian refugees fleeing war that we’re all watching in real time on social media or 24-hour news channels. We’re seeing new mothers, pregnant women and women in the act of giving birth being bombed out of maternity hospitals, children using humanitarian corridors being killed or maimed as Russians break the terms of ceasefires, and the deliberate targeting of civilians in their own homes.

No wonder people want to flee. And the British people want to welcome them, to give them shelter and envelop them in solidarity, but our government is getting in the way. Excruciatingly, our government has boasted about its world-beating efforts to help Ukrainian refugees, while doing next to nothing. The numbers speak for themselves: of 2.5 million refugees, UK has granted visas to approximately 4,000. Who cares if we’ve got the first Ukraine refugee visa-scheme, if other countries are being more generous and waiving the need for visas? Priti Patel has had to be dragged kicking and screaming towards a more humane position, but she’s still not there yet.

While the plight of Ukrainian refugees couldn’t be more harrowing, the Home Office has treated it like a board game. Eurostar is free, but only if the Ukrainian refugee has a visa. ‘Do not pass go’ by coming to this country without one. Every other European country has waived visas, but not the UK. Do not reach Calais, after an exhausting trek across Europe, and attempt to apply for a visa there. The office is a desk in a hallway, often unstaffed. We’ll give you a free packet of crisps and a Kit-Kat and advice to apply elsewhere. Go back two hundred miles to Paris and apply there, or at a pop-up visa office en route, which isn’t really en route at all. (It’s rumoured to be in Lille, but we’re not revealing its location, so how you find it is a mystery, and more importantly, your problem.) Travel free by local train, which is not, in fact, free. Pay a £75 penalty per person (yes, including children) if you show up to apply for a visa before your appointment. No appointments are available for weeks. Pay thousands of pounds in hotel fees while you wait. Provide the same documentary proof as we demand in time of peace. Pay thousands of pounds for health insurance. We’re only doing what the Ukrainian government wants us to do, honest. Ukrainian women, children and babies are a security risk, but we’re happy to put the son of the KGB’s former London station chief in the Lords against the advice of British security services. And so it goes on.

To cap it all, the Home Office then has the gall to boast that it is doing a brilliant job!

Capitalising on public support for Ukrainian refugees, Michael Gove has announced the ‘Homes for Ukraine’ scheme, by which Brits can offer to house a Ukrainian refugee. Right-wing commentators immediately took to social media to mock polls showing that while there is massive support for Ukrainian refugees, only 9 to 10 per cent would be willing to open their home to a refugee. This is a nonsense. Not everybody is in a position to take in a refugee. Thanks to the Tory ‘bedroom tax’, many of us no longer have a spare room, for example. Besides, people also think having a coastguard organisation is a good idea, and pay tax for it, but they don’t expect to have to don a life-jacket, jump on a boat and do its job for it. (Other analogies are available…)

Still, 9 to 10 per cent of 28 million households is an impressive number, and early indications are good. Within five hours of the website launch, 45,000 people had registered their willingness to open their home to a Ukrainian refugee, which is over 10 times the ‘generosity’ of the Home Office in granting visas to allow them into the country. It’s all the more remarkable because you can only sign up if you know the name and details of a Ukrainian refugee you want to sponsor.

Don’t get me wrong. This is a brilliant initiative, which has been incredibly successful in other countries. What we need to be wary of is the government appropriating the generosity of private citizens and palming it off as its own.

I cannot emphasise enough how cynical Michael Gove’s attempt is to shift the blame for the Tories’ catastrophic hostile environment policy. He is the slickest of Tory liars, the Sergey Lavrov of the UK government, who can stand before an audience and claim in all seriousness that ‘up’ is ‘down’, without so much as a blink of his reptilian eyes. Professing himself to be sick to death of “people trying to suggest that this country is not generous…” is a straw-man argument of colossal proportions. Nobody is suggesting the British people aren’t generous. It is our government that is letting us down, and it is Boris Johnson and Priti Patel who feature in articles in the foreign press, examining the mean-spirited response to the refugee crisis.

It is so easy to fall for government propaganda. After all, we should be able to trust what our government tells us. MPs and ministers are paid by us and work for us, right? Sadly, no. This is the one of the most, if not the most deceitful government the UK has ever known. We cannot trust a word it says. 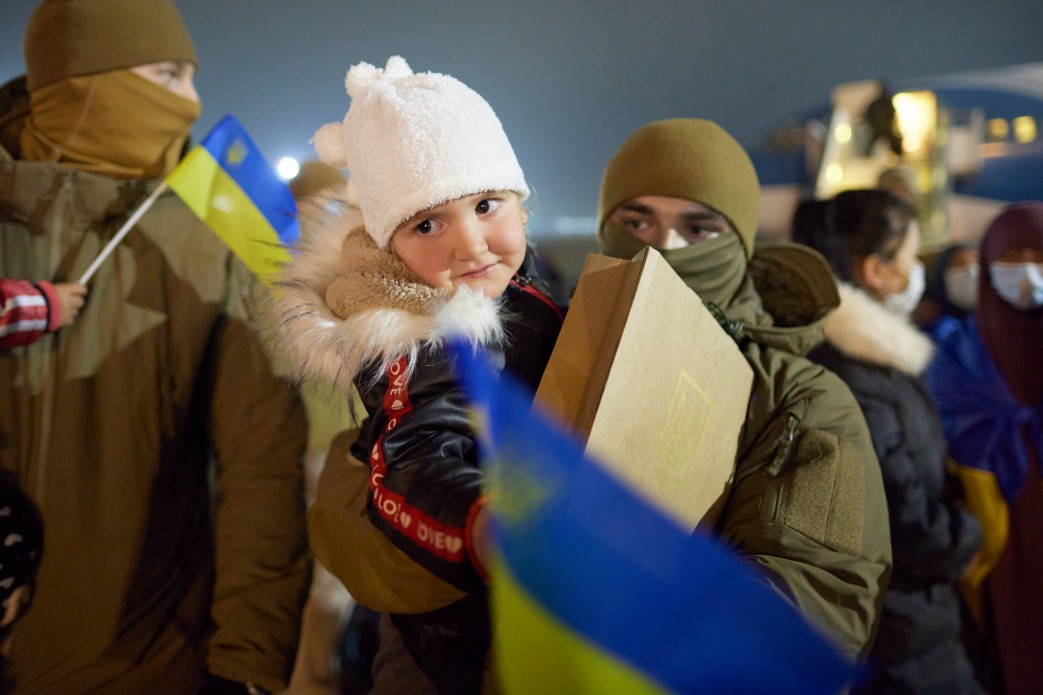